(taps mike) Anyone out there?

My characters are walking in Portobello Road/Notting Hill at 5AM in March circa 2015. Google tells me that sunrise probably won't be till slightly before 7AM. How brightly lit is the area likely to be? Google Images shows me that one might expect to see a lot of brightly-coloured row houses, etc., but will the street lamps be enough to show this, or would it be lost on my characters? How many people around? Is it going to be relatively quiet, apart from maybe a few delivery trucks/lorries and the odd jogger, or will folks already be up and about?

Hi everyone!
I'm beta-reading a Harry/Draco fic and I'm having some trouble with the differences between the meaning of dating in BrE and AmE.

In AmE date is: an appointment for a set time, esp. one for a social engagement with a person of the opposite sex (no romantic relationship or sexual interest - or at least not on the first few dates).

And now my question.

In AmE Cho was Harry's date. But there was no romantic involvement between them. They just kissed once and it was awkward at best. So in BrE you can't call Cho Harry's date. What do you call her? How can you call Harry and Cho's .... whatever it was?

Thank you so much for all your help.

How do you say in BrE? Both forms are accepted?

Does anyone still bounce small children on their knees with this nursery rhyme?

Ride a cock-horse to Banbury Cross
To see a fine lady upon a white horse,
Rings on her fingers and bells on her toes
And she shall have music wherever she goes.

What would a boy living in an underpriviledged area of England do to earn some spending cash in the 70s?

I'm not thinking about getting an actual job like a paper route. I'm more interested in less scheduled things, like redeeming coke bottles and such. What would an 8-12 year old boy with the freedom to run the streets do?

Is there an informal name that the locals would use to refer to the Bucks County Museum in Aylesbury, Buckinghamshire? (Example: "He's working in the gift shop over at...") Bucks? County Museum? The Museum?

I'd be interested in knowing if there are similar informal names for other points of interest in and around Aylesbury. 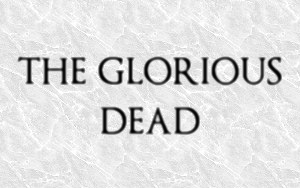 I stumbled by an expression in my beta work:

I need some glue, paper, string, and all that jazz to make a kite.

I was wondering is the expression in red is American or British. I think it's more American. I'm brit-picking so I should tell the author to change it if in BrE is not used so much. Right?

I would like to ask you about using this way of expressing one's self:

Harry was stood in his kitchen.

Draco was sat in his office.

Harry was standing in his kitchen.

Draco was sitting in his office.

Someone told me that it stands out as very British. Is that true?

Is it ok to use it in the narrative part of a story or just in dialogue, or never in writing?
Collapse